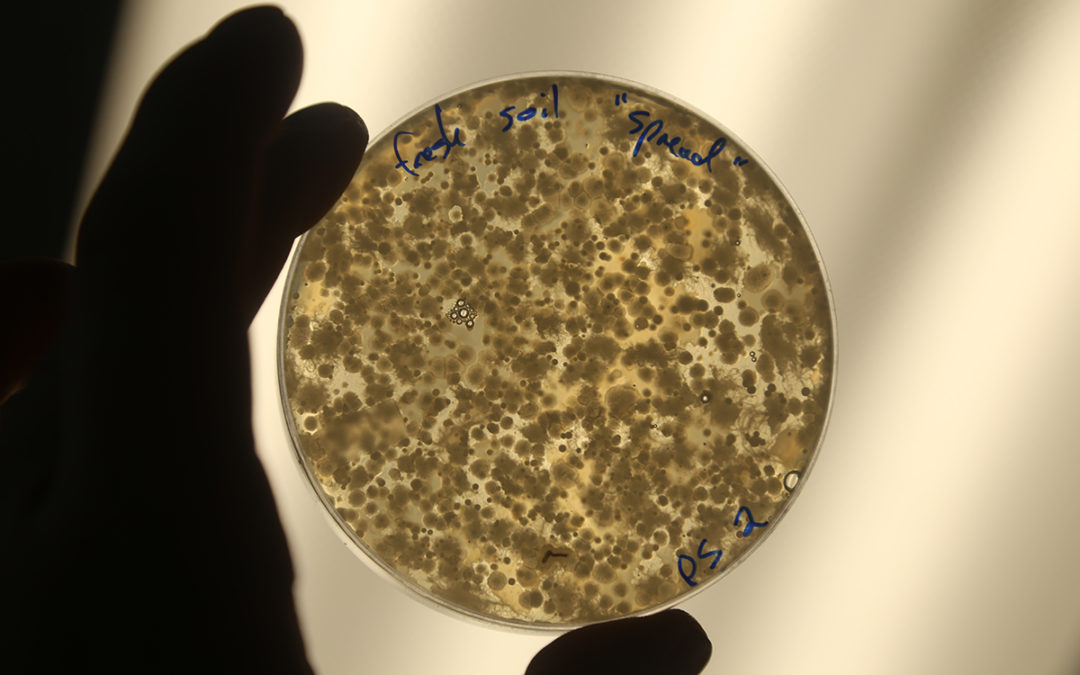 Most of the work on agricultural applications of humic substances (HS) has focused on their biostimulant effects on plants. Far less work has been conducted on the effects of HS on soil microbial populations. It’s not surprising to learn, from the few studies that have been published, that HS also stimulate the growth of soil bacteria, even the bacteria that inhabit earthworm digestive tracts. One of the most important discoveries is that many species of soil bacteria are able to grow on humic acid (HA) as their sole carbon source (Tikhonov et al., 2010).

These findings have important implications for the roles played by soil bacterial communities—including those residing in the guts of soil fauna, such as earthworms—in the humification process (i.e., the process of conversion of dead plant tissues to humic substances). This means that these bacteria are consuming HS and modifying HS by metabolizing humic molecules and using the metabolized molecules to produce proteins, fats, and other types of molecules. When the bacteria die, they are in turn consumed by other microbes and those molecules created from metabolized humic molecules wind up being included as HS.

The other important piece of information that has come out of the work on bacterial-HS interactions is that, in addition to being potential carbon sources, HS can also act as soil bacterial growth stimulants or growth regulators (Tiknonov et al., 2010). This was demonstrated in a study in which a number of soil isolated bacterial species were grown on a medium that contained glucose as the carbon source (10 mg/ml) and humic acid (1 mg/ml). Thus, the humic acid was 10X lower than the glucose. Growth of the bacteria on this medium was compared with the growth of bacteria on a medium that did not contain the humic acid. The growth of 41% percent of the bacterial species (these were isolated from earthworm digestive tracts) were stimulated by the inclusion of the humic acid. The authors of the study concluded that, because the concentration of glucose was so high and the increase in available carbon from the addition of 1 mg/ml humic acid was insignificant, the humic acid acted as a growth stimulant to the 41% of bacteria whose growth was increased.

These types of studies have demonstrated that HS can stimulate the growth of plant-growth-promoting rhizobacteria (aka PGPR bacteria, for which the “rhizo” stands for rhizosphere or the area of soil that is intimately associated with plant roots). One of the most well-known PGPR bacteria are Pseudomonads, strains of which have been found to be able to solubilize phosphate, produce siderophores (important for Fe uptake), ammonia, and the plant-growth-regulator auxin (Gupta, 2008; Selvakumar et al., 2009).